Formed in  Argentina at  the Universidad del Cine where she worked mostly on fiction films, she now exercices her powers and offer her skills on all types of video or film productions. Confident with all types of shooting configurations, she is as comfortable operating a Cantar while sitting behind a cart as swinging the boom. Her willigness and holistic understanding of the filming process make her a unique asset any film set. 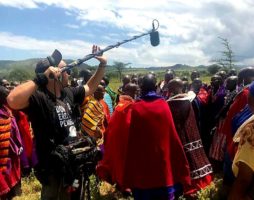 Igor Marlot is tailored for harsch conditions and extreme environments. Specialised in documentaries, he is also versed in VR and ambisonics immersive audio recording techniques. As a sound recordist, Igor takes particularly to heart the acoustic conservation of threatened natural environments. Recording sounds of nature and unique life stories is what gives him that special kick and keeps him moving his highly professional equipment around the globe. 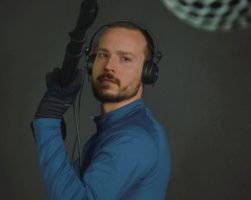 Right after his graduation at the CFMS in Lausanne, Yann started exploring the event industry and the world of radio. He really specialized in location sound recording while in the UK where he offered his skills mostly on documentary and fiction films. His transversal understanding of audio technology, music, and cinema as well as his linguistic skills makes him an added value to any film set. 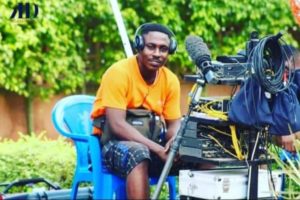 James Adofo has been an ardent sound recordist since 2007. He has worked on projects like A Northern Affair (2013), Ties that Bind (2012), Secret Burden (2012), The Cursed Ones (2014) and has twice won accolades for Best Sound at the Ghana Movie Awards. In 2020 he was elected “Best Sound Man of the Year” in the Emerging Movie Awards and won the “Best Sound Awards” at the Ghana Actors and Entertainers Awards. Driven by a strong motivation to succeed and steadfast in his work ethics, he is fully dedicated to each project he works on. He is, without doubt, the sound recordist you will be most happy to work with to ensure the highest standard shoots are reached in Ghana and surrounding countries.